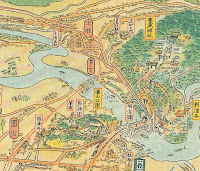 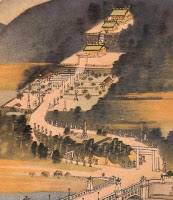 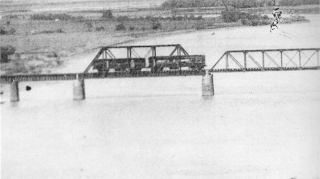 Posted by Sudasana at 9:40 AM No comments:

Manka 萬華 was originally called Mengxia (艋舺, báng-kah in Taiwanese) and is one of the oldest districts in the city. Manka Station is where the Shinten branch line meets the two-track mainline. Westward the mainline extends to the southern part of Taiwan, to the east it curves upward to follow a broad boulevard in the center of town before reaching Hokumon and Taihoku Stations. 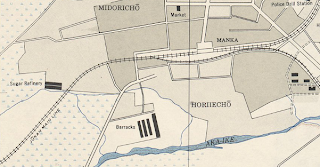 The 1945 map shows how the lines intersect, and the location of the Aka stream to the south. This stream still runs, albeit underground, in modern-day Taipei. In a few locations it's possible to see the stream above ground. 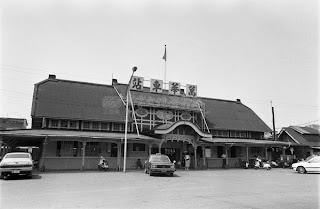 This is how the station building looked in the 1970s. It has since been torn down and replaced by a new station complex.

There are also a number of old photographs of the station from 1972. They are under copyright so I am just linking to the blog post where they appear: 老萬華火車站.

There is also a page in Chinese discussing the history of the area's name and some of its historic buildings: 認識艋舺. 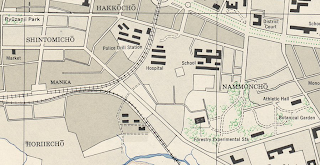 To the east is Nammoncho, named for its location surrounding the site of the former South Gate (nammon 南門) of the city wall. A smaller gate, Chongxi Gate 重熙門, was left standing, located at the small circle near the top of the above map. Here the mainline curves toward the north, passing by a police drill station, a hospital, and a school. The Tansui branch line curves south, passing close to the Botanical Gardens. 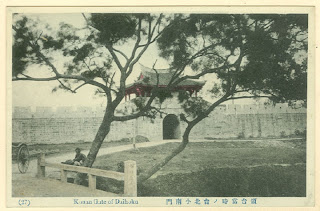 Here is an undated image of Chongxi Gate 重熙門 (commonly called the Small South Gate 小南門 Shonammon) before the city walls were torn down. 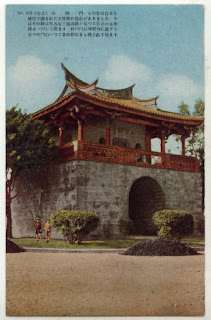 After the walls were torn down broad roadways were built in their place. The city gates that remained were turned into roundabout islands. In 1935 the colonial government recognized this gate as an important historical building and granted it protection. This gate can still be seen today, although the design of the roof was changed in 1966 to reflect the style of northern Chinese palace architecture. 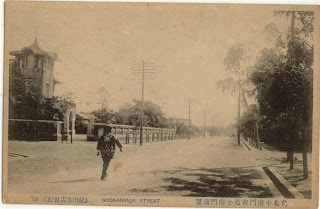 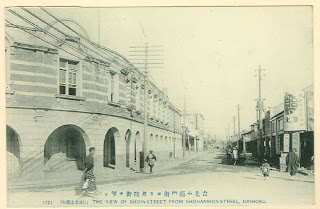 Shonammon Street in two undated photographs. Shoincho was the district just to the north

The hospital in the neighbourhood, 衛戌病院 (might be pronounced Eiinu byoin but I'm not sure), was built to serve the Japanese army in 1896. I only have an undated image of the front gates.

Some of the above images are from the excellent Taiwan Historical Image Archive.
Posted by Sudasana at 8:41 AM 1 comment: 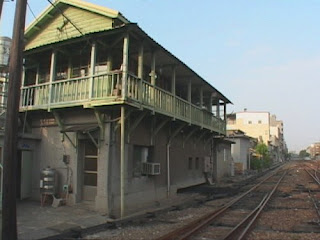 Found this image of an interlocking tower somewhere in southern Taiwan, posted by a Japanese railfan. It certainly looks like its dates to the 1930s or earlier, although as with many old buildings part of it (the ground floor here) has been covered with a concrete shell. I think this would be a great design to copy to create a plausible building from the era.
Posted by Sudasana at 12:57 PM No comments: 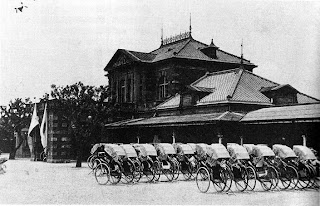 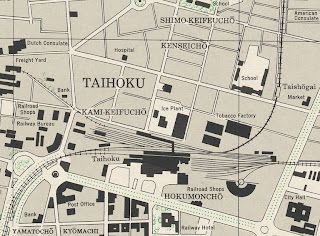 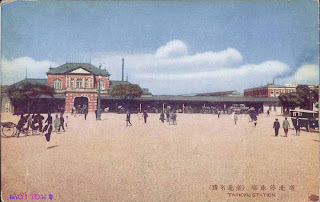 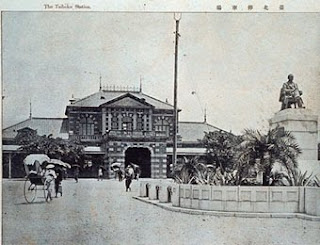 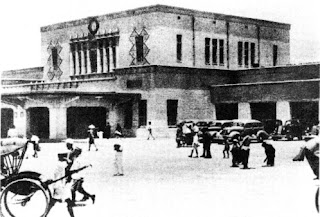 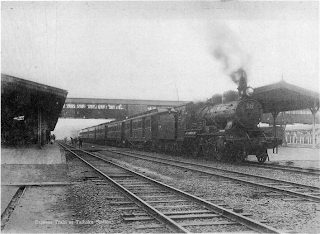 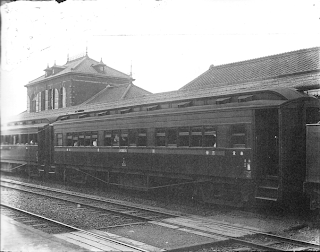 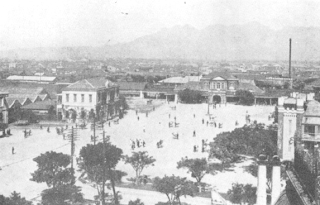 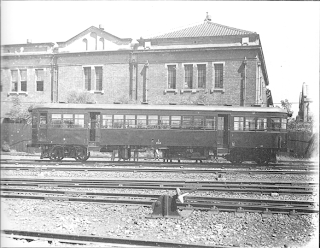 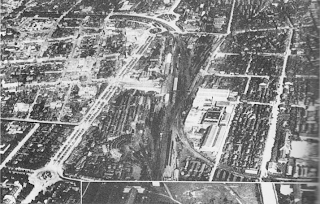 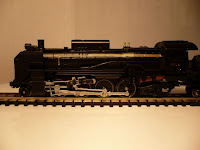 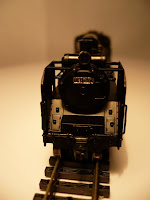 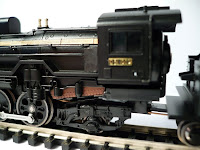 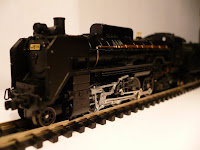