The town of Hokutō 北投 is well-known for its hot springs, and appears to have been a popular tourist location during this era, as evidenced by the map in the 1935 publication of Taiwan tetsudo annai 台湾鉄道案内 (Guide to Travel on the Formosan Railways): 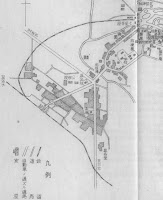 In the map, Hokutō is the station on the main line, and the branch line runs toward Shin-Hokutō at the upper right of the map.

A very short branch line from the main Tansui railroad runs up the hill to the center of Shin-Hokutō (New Hokutō) where there are many hot springs resorts, restaurants, and the like. The line was served by diesel locomotives of one or two cars, and was exclusively a passenger line.

This image from the 1935 map of Greater Taihoku shows the two towns and their position on the river.

This is an image of a wooden diesel passenger locomotive that was upgraded in the 1950s to a steel frame. It was likely cars like this that served the Shin-Hokutō branch line, and likely made local runs along the main lines as well. 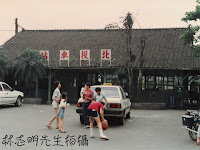 The station at Hokutō, taken some time in the 1980s.

The terminal station for Shin-Hokutō is very distinctive. It was built in 1916 and was expanded with a wooden structure in 1937, the target year for the model railway.

This picture is of very low resolution, but appears to show a single-car passenger locomotive at the station. This was before the shelter depicted in the first picture was built. 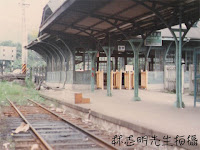 A much later picture of the platform.

The current plan incorporates a dual-track station for Hokutō, with a sharp curve leading uphill toward the terminal in Shin-Hokutō. Some of the restaurants and pleasure quarters in the town will be depicted. There's a famous hot-springs resort that still stands today, if space allows I'll incorporate this historic building into the plan.
Posted by Sudasana at 3:53 PM No comments: 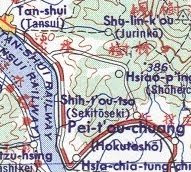 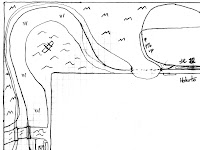 The line has a highway that runs parallel to it for most of the way, except where it climbs the mountains rather than tunneling under them. It would be possible to model the omitted Chikui station, but as it would have to be on the curve and so close to the other two, I'll probably just leave it out.
Posted by Sudasana at 6:01 PM No comments: 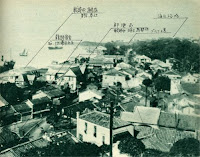 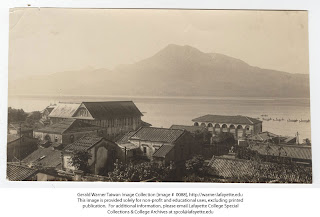 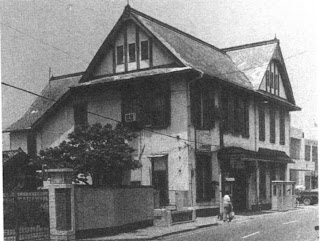 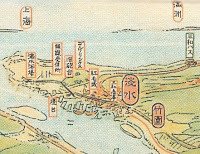 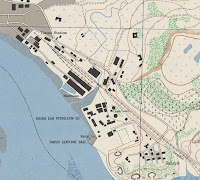 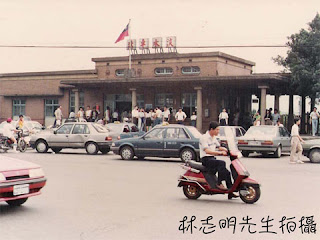