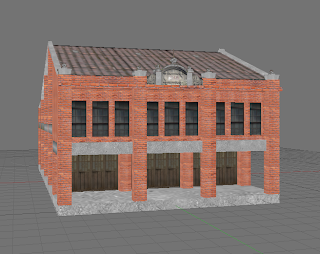 A quick preview of my current modeling project, an urban storefront building based on a real example that (until recently) was located not far from my flat. Model and texture file are done, just need to apply the texture to all the model faces.
Posted by Sudasana at 7:20 AM 1 comment:

Signal and interlocking towers are buildings for which I don't really have any good historical references. I did find this picture of what I assume is a Japanese signal tower, which looks about the right style for the period. 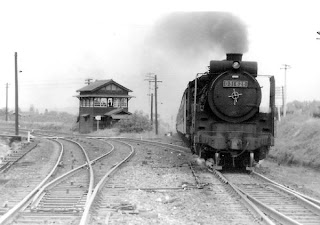 This is the model I made for it: 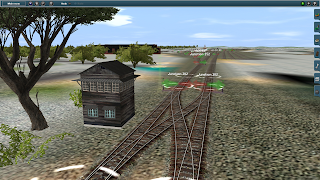 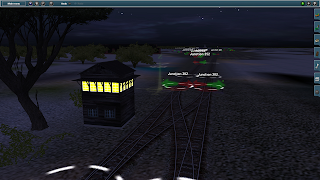 This model is available for download from the Download Station, KUID 62560:100009
Posted by Sudasana at 9:06 AM No comments:

The North Gate (also called the Cheng'en, or "Receiving [the Emperor's] Kindness" Gate) was completed in 1884 as part of the Taihoku city wall. Although this was during the Sino-French War, the French forces never made it as far as the city walls. In 1895 Taiwan was ceded to Japan, and in spite of Taiwanese resistance Japanese forces took control of the island. The North Gate was the location of a historic scene when Japanese forces marched into the city without a battle.

As part of the new colonial government's development plans, from 1901-1904 most of the city walls were torn down, leaving only four of the city gates standing. Many of the stones from the wall were used in other constructions, and the land upon which the walls had stood was turned into broad, tree-lined boulevards. 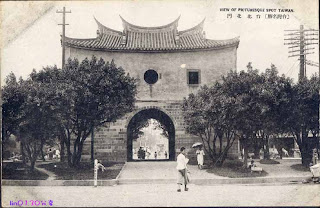 The North Gate was left on an island of grass and trees in the middle of a roundabout, not far from the new main train station. The status of the gates was still very much undetermined until 1935, when they were declared historical relics and thus protected. In 1919 the gate was joined by the offices of the Railway Authority to the north, and in 1930 by the Taihoku Post Office buildings to the southeast. From 1915 to 1923 there was a small station on the railway line nearby as well. 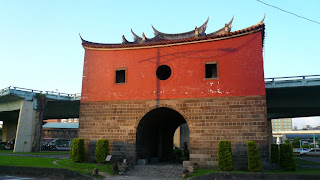 Today the North Gate is still standing, although the nearby railway line has been moved underground, and two generations of train stations have disappeared. 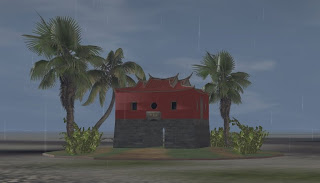 This is my model of the gate, as seen from the railway line on a rainy morning. (The trees and bushes are separate models, not by me.) I'm not sure if the gate was indeed painted red in 1937, but it's an iconic look so I will keep it for now. You might notice that there are some problems with some of the surface normals (basically how the engine determines which direction a face is facing.) This was a complicated model and probably not the best one with which to start. I learned a lot, however, and hope to revisit this model later on after I've had some practice. The model was built with Blender and the textures based on my photographs of the building.

Source (Chinese)
Posted by Sudasana at 1:05 PM No comments: